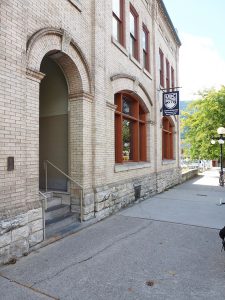 The West Kootenay Rural Teacher Education Program (WKTEP) is located in Nelson, BC and surrounding communities.

WKTEP has a strong focus on rural and small school settings, recognizing that they offer exciting educational opportunities for teachers. There is also an emphasis on place-conscious learning with strong ties to local communities and school districts.

The West Kootenay Rural Teacher Education Program provides teacher candidates with the opportunity to develop the professional qualities and effective practices for teaching in today’s complex learning environments with a strong focus on community, collaboration, and innovation.

WKTEP offers the full complement of UBC’s BEd coursework and practica, with both a 2-week and a 10-week practicum hosted by four school districts (SD8, SD10, SD20, SD51), as well as a 3-week Community Field Experience in non-formal settings.

Teacher candidates will spend two days each week in their host school from October to the beginning of the extended practicum in February.

Three or more days each week, teacher candidates will engage in course work at the UBC WKTEP Learning Centre in Nelson or in various classrooms throughout the region.

Teacher candidates will participate in two formal practicum experiences in their host schools:

In addition, teacher candidates will take part in a Community Field Experience (EDUC 430) for three weeks after the extended practicum.

WKTEP’s school-based approach is aligned with Ministry of Education goals, grounded in current research in teacher education, and focused on the particulars of the setting and its relationship to broader contexts, especially rural communities.

The argument for a school-based model is based on three reasons:

What underpins these is the belief that teachers are most effective when they have a deep and nuanced understanding of the communities where their students live.

Clustering teacher candidates in host schools for most of the year allows for the fuller realization of WKTEP’s goals as a place-conscious, progressive, and evidence-based teacher education program. Immersion in a community context can yield important insights about the relationships between a place and the character, aspirations, and experiences of those who live there. Since cultivating place-consciousness is a well-publicized education goal, locating teacher education within communities makes good sense. This is where one’s students come from, where relationships between adults and children and youth are cultivated, and where a sense of identity beyond one’s immediate family is formed.

During the fall of 1989, in response to an anticipated teacher shortage, the BC provincial government made available funding to initiate teacher education programs in the regions of British Columbia that were distant from the degree granting universities in Vancouver and Victoria.

Following consultations with the three main BC universities, Selkirk College faculty member and Open Learning Agency manager Gerry Ehman determined that UBC was in the best position to offer such a program in the West Kootenays. UBC’s Dean of Education, Dr. Nancy M. Sheehan, visited the West Kootenays and met with Selkirk College representatives and adjacent school district superintendents to explore the feasibility of forming a consortium to sponsor a teacher education program.

After establishing that there was a need for the program, the consortium was established. It applied for and received Ministry funding for one year. For its first year, the program was restricted to elementary and secondary post–degree candidates who met UBC’s Faculty of Education admission criteria. From 1991 to 1996 WKTEP also offered a 24-Month Elementary program.

The 1990/91 program was initially based at the Ootischenia Elementary School in Castlegar. Some of the instruction was delivered in other schools in Castlegar, Nelson, Trail, and Grand Forks, and the summer courses were offered on the Selkirk College campus. In 1995 the entire program moved to Selkirk College campus, with some courses still being offered in local schools.

Beginning in 2014, WKTEP implemented its school-based model with teacher candidates spending two or three days per week throughout the school year in their practicum schools and, effective August 2015, the program relocated to the UBC Learning Centre in Nelson. Over WKTEP’s history, more than 650 students have graduated from the program and received their Bachelor of Education degree from the University of British Columbia. These graduates have found employment in over 80 different communities within BC, as well as in many other provinces and countries. The program maintains a high employment record, with an average of 80% of all graduates having attained full or part-time work as teachers. Many of these can be found in the local school districts as both teachers and administrators.

Dr. Leyton Schnellert is WKTEP’s academic advisor. He is an associate professor in UBC’s Department of Curriculum & Pedagogy and Eleanor Rix Professor in Rural Teacher Education. His scholarship attends to how teachers and teaching and learners and learning can mindfully embrace student diversity and inclusive education. Dr. Schnellert is the Pedagogy and Participation research cluster lead in the UBC Institute for Community Engaged Research and co-chair of BC’s Rural Education Advisory. His community-based collaborative work contributes a counterargument to top-down approaches that operate from deficit models, instead drawing from communities’ funds of knowledge to build place-conscious, participatory, and culturally responsive practices. Dr. Schnellert has worked with rural and remote school districts throughout BC, and the Yukon and Northwest Territories. His books, films and research articles are widely referenced in local, national, and international contexts. See ubc.academia.edu/LeytonSchnellert for papers, articles and book chapters, and films.

Since moving west from Ontario to attend the UBC-Vancouver teacher education program, Susanne has made Nelson home. Over the past 25 years, she has taught grades K to 7, facilitated the district literacy programming and supported provincial associations and professional learning throughout the province in the areas of pro-d development and science education. She completed her Master of Social Policy, specializing in global educational policies from the University of Sydney, Australia. Her latest passion is learning more about educational facility design and its impact on student learning and teacher collaboration. Susanne is passionate about mentorship, the nature of learning and loves the challenge of supporting and personalizing learning for all.Susanne is a wife, and a mom to two daughters. She loves renovating her heritage home, travelling, reading and being in or on the water, whether it be in a boat or on skis. She is greatly appreciative of the Nelson arts community both as spectator and chauffeur to the many opportunities for her children.

Susanne looks forward to deepening her practice through shared experiences and conversations with emerging educators.

Heather Shippit was born and raised in the Kootenays. An alumni of the UBC teacher education program, Heather has been working as a full-time classroom teacher in rural schools in the Northern Cariboo and West Kootenay region, ever since. Committed to the profession, Heather has served on her local Leadership Team, as a BCTF union representative, an active member of the Association of British Columbia Drama Educators and spearheaded innovative practices within her districts. Passionate about teaching at the secondary level and curious about the elementary, Heather continues to learn and grow in her new role here at WKTEP. Heather is proud to call Nelson her home and is very involved in the arts community as a director and designer for theatre, and for youth theatre programs. She has a Masters in theatre in education from the University of Oregon and is happy to join the WKTEP team.

Tim Huttemann was born in Fort St. John, BC. After receiving a BSc and Secondary Teaching Diploma from UBC and an MEd from the University of Calgary, he taught math, physics, computer science and a host of science subjects in Hazelton, BC, Istanbul, Turkey, Prague, Czech Republic, Trail, BC, and Whitehorse, Yukon. Tim has been a vice-principal in Castlegar, a principal in Nelson, and most recently head of school of a large private school in Izmir, Turkey. Tim is really looking forward to moving back to Nelson. He feels fortunate to work in First Nations communities, rural education and international settings and is committed to improving learning experiences for all students.

Denise has been with UBC since 2007. Prior to joining WKTEP in 2016 as the administrative assistant, she was office manager for Health and Counselling Services and then as an international student advisor at the UBC Okanagan Campus. Denise continued her education after years of working in the mental health field and received her BA in Indigenous Studies and Anthropology at the University of Manitoba in 2007. She loves living in the West Kootenays with her family and can often be found enjoying the outdoors on hiking trails, snowshoeing, working in the garden and exploring the many unique villages and towns the West Kootenays has to offer.

If you have an inquiry about admissions, please contact admissions officers in the Teacher Education Office.
Back to top