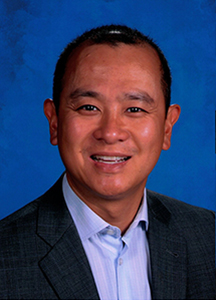 My undergraduate studies at UBC include a Bachelor of Science in Physical Geography (1995) and a Bachelor of Education (1996). I was hired by the Vancouver and Richmond School Districts for their TTOC lists in late spring. However, in the summer of 1996, a vice-principal obtained my phone number from UBC and called me about a Geology 12, ES 11, Science 8 and Modified Math 8 position at South Delta Secondary School (SDSS). I started teaching that program right after completing our Summer Session. I successfully built up the program to five blocks of Earth Science/Geology at SDSS. The students were fabulous and so involved. We often took field trips to places such as Point Grey Cliffs, Lynn Canyon, along the Sea to Sky Highway to Whistler, and caving at Horne Lake Caves to study the local geology in BC. I started teaching Physics 11 as part of my load in 2001 to broaden my skills, and have never looked back.

In 2005, I was appointed Science Department Head and in 2006, the Delta School District encouraged me to apply for the Secondary Science Coordinator. My mandate would be to implement the 2006 IRP Science Curricula across Delta. This position opened my eyes to all the marvellous teachers out there in the Metro Districts. It was wonderful meeting so many interesting individuals during that time.

A year later, I started my graduate degree program at UBC earning a Master of Education in Educational Administration & Leadership. I was also a founding member of the South Fraser Regional Science Committee. This team is made up of representatives from Simon Fraser University, Kwantlen Polytechnic University, as well as the Delta and Surrey School Districts. There, I have been part of an organizing team that takes science to astonishing levels. The students are amazing to work with. Now that I am Chair, I really see the big picture of how science fairs advance science and science education. In the last five years, I’ve been attending the Canada Wide Science Fair as a delegate and chaperoning our regional finalists. There are over 500 students from Grades 7 to 12 who attend the CWSF as finalists of their regional fairs. In the last few years, we have been to Toronto, ON; Lethbridge, AB; Charlottetown, PEI; Fredericton, NB, and this year to Montreal, QC. Science fairs in our province have been continually supported by the Science Fair Foundation of BC. Patti Leigh and her dedicated team oversee the funding and the coordination of the 13 regional science fairs across our province. At the same time I started with the SFRSF, I have also served as a member at large for the BC Science Teachers’ Association. There we support teachers in Science Education and organize our annual conference Catalyst during our PSA pro-D. I continue to be on these committees to help raise the level of science engagement among our students. These are extremely fulfilling roles I have established in the science education community.

In 2009, after my coordinator mandate was fulfilled, I returned to the classroom to teach science once again, but this time at North Delta Secondary School (NDSS). My assignment included Earth Science 11, Biology 11, and Science 8. When the resident physics teacher retired in 2011, the entire Physics Program at NDSS was passed to me. The program has grown over the last five years and NDSS is enjoying the most physics blocks it has ever had as a Grade 8 to 12 school. Students in our Physics Program work with an abundant amount of inquiry and hands on experiences. In the last year, we have embraced the spirit of the new 2016 BC Curriculum where competencies are stressed more than content. Much of what I do in the classroom is attributed to the solid foundation provided by UBC Education. It is no wonder that UBC Education has been ranked number one across Canada this year.

In 2011, I was also appointed as the Science Department Head. The group of teachers I work with are amazing and are so forward thinking in their pedagogy. The students at North Delta Secondary are extremely polite, thoughtful, and considerate. They are always willing to help. With such an amazing faculty and student-body, it makes my job easy and something I look forward to coming to daily.

While I am not in this profession for its awards, in 2014, I was nominated for the annual Canadian Association of Physicists Award for Excellence in Teaching High School/CEGEP Physics. I was aware of the nomination, but did not think much of it afterwards. In April of 2016, the CAP informed me that I would be the recipient of the 2016 Award for BC-Yukon. There are five regions across Canada so I feel very honoured to be selected among the small group, especially when there are so many remarkable teachers out there. One of the five recipients will have the opportunity to go to CERN – the Large Hadron Collider – in Switzerland. The recipient will be immersed in physics workshops and seminars for three weeks during July. This would be an amazing opportunity for any teacher.

Throughout my time teaching in the Delta School District, and being part of the BC Science Teachers’ Association and the South Fraser Regional Science Fair, I have led a rewarding career across my 20 years of teaching. If there is one thing to keep this career interesting, it is embracing the many opportunities education throws at you.